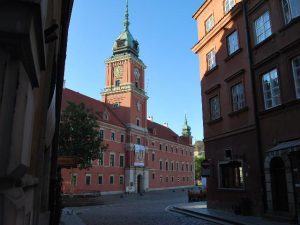 Warsaw’s Old Town was historical , economical and political heart and oldest part of the city, and now it is also a living, breathing cultural salon. Founded in the 13th century as the Mazovian Duke’s castle, it is surrounded by walls. During World War II, 90% of it was destroyed, but thanks to its excellent restoration and recovery, in 1980 it was granted the status of a UNESCO World Heritage Site of Culture. Currently, it is a lively place, bustling with tourists and locals, and full of galleries, cafés and restaurants.

During Old Town sightseeing tour You will visit The Royal Castle– in the Middle Ages seat of Mazovian Dukes ,from 1526 when Mazovia was incorporated in Kingdom of Poland became one of the royal residences. In 1596 when Sigmund the III Vase moved his residence from Cracow to Warsaw, Royal Castle became a seat of polish kings. In 1944 Royal Castle, during  Warsaw Uprising, was totally destroyed by Nazis. Thanks to a long campaign that was waged by the intellectual elite of Poland, Royal Castle was rebuilt from 1971 until 1984.

You will also explore The Cathedral of St. John the Baptist -one of the oldest church in Warsaw, which bears the weight of six hundred years history of Warsaw, it was the most important church of the Republic of Poland. In the 17th century, the Gothic church was rebuilt in the Baroque spirit, and at this time, it was one of the richest Polish churches, with its interior filled with works of art, thanks to the patronage of kings and nobles. 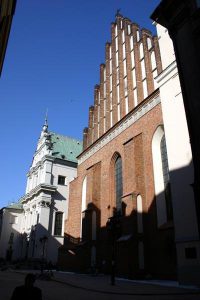 The basilica has witnessed many historic events, such as the coronation of King Stanislaw August Poniatowski in 1764, and weddings, coronations and royal funerals were held here. Of particular importance was the fact that the first European Constitution, on May 3, 1791, was sworn in here.

During the Warsaw Uprising in 1944 the cathedral was the scene of fighting, and after the Uprising, it was blown up, with 90% of the walls destroyed. After World War II, the original form of the temple was reconstructed, restoring the old roof height and form of the Gothic facade. The Primate’s Stefan Wyszyński tomb is in the basilica and in the crypts there are also numerous tombs: of the dukes of Mazovia, the archbishops of Warsaw, the last Polish king Stanisław August Poniatowski, first after regaining independence in 1918 President of Poland Gabriel Narutowicz and Nobel prize winning-writer Henryk Sienkiewicz. In recent years, the church has become an important international centre to promote sacred music, and in the summer, organ concerts are held in the cathedral.

We will also drop in to the Old Town Market Square, founded in the late 13th and early 14th centuries, this is one of the most picturesque corners of the Old Warsaw.

Old Town Market Square was from the Middle Ages to the end of 18th century main square of Warsaw: celebrations and markets were organised here, and legal judgements were passed on the condemned. The central part of the market was originally occupied by the town hall which was pulled  down in 1817, and in 1944,during the Warsaw Uprising the Old Town was completely wiped out. All its buildings were reconstructed after World War II and their appearance is a perfect match to the Square’s original look in the 17th and 18th centuries. 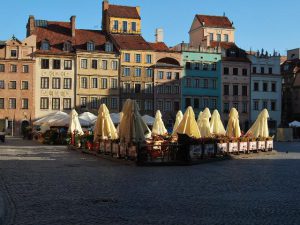 During this tour I shall tell You two legends ,about the Mermaid- Warsaw’s coat of arms, t a monster called Basilisk that lived in the basements of the buildings located along one side of  Dekert, at the corner of Krzywe Koło.

This part of Warsaw was founded in  1408 and by the 18th century, it functioned as a separate city with its own administration, town hall and church. Most of the baroque and neoclassical buildings around the Market Square are post-war reconstructions, as the originals were destroyed during the Warsaw Uprising (1944). Today, the charming streets boasts many restaurants and cafés.

During the hike around The New Town streets, I will present You historical interiors of many churches, You will see the 18th century townhouse in the Old Town, in which Marie Curie (nee Skłodowska) the only woman to be awarded the Nobel Prize twice and the only winner in history to be honoured in two different fields of natural sciences: physics and chemistry was born. 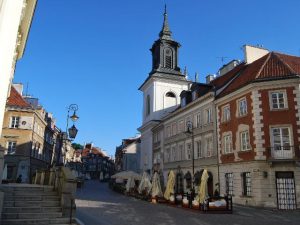 We also pay a visit in the New Town Market Square, originally laid out in the 15th century, and was originally a rectangular square, almost twice as big as the one in the Old Town. In the middle stood the town hall, which was demolished in 1818. Today, a 19th-century iron well stands, decorated with a Virgin and a Unicorn, which is the coat of arms of New Warsaw.

We will explore Church of St. Casimir, that was designed by renowned Dutch architect Tylman of Gameren, and was built between 1688-1692 by John III Sobieski and his wife Maria Kazimiera. Like the Church of the Transfiguration on Miodowa Street, it was established as a thanksgiving for victory at the Battle of Vienna. During the Warsaw Uprising in 1944, it was a rebel hospital and a shelter for the civilian population. As a result of intensive bombardment by Luftwaffe, over 1,000 of people were killed by falling rubble.

We will stop for a while on Krasiński Square where You will get to know history Polish Army field Cathedral. 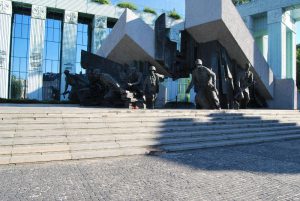 On the eastern frontpage of Krasiński Square Warsaw Uprising Monument is located.

The spot where Polish Home Army isurgents  and citizens entered the sewer system to escape from German troops surrounding the Old Town during the  Warsaw Uprising in 1944 –  the most important chapter in Warsaw’s history. Unveiled in the 45th  anniversary of the outbreak of  Warsaw Uprising, in 1989 that statue commemorates death of 150,000 Warsaw’s inhabitants. 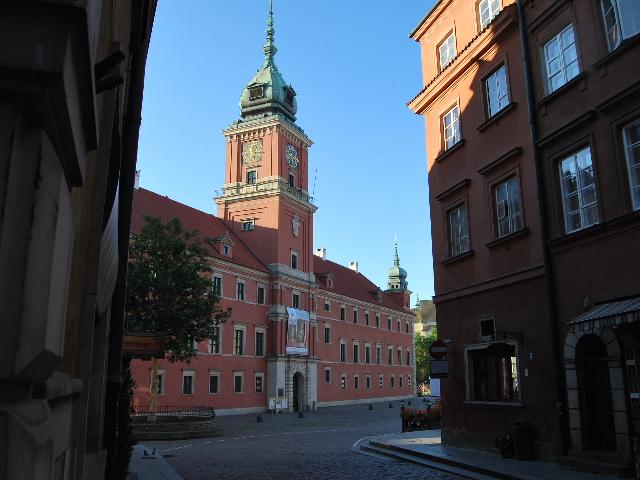 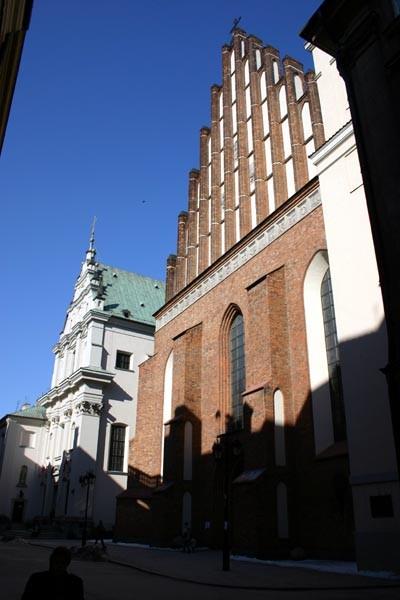 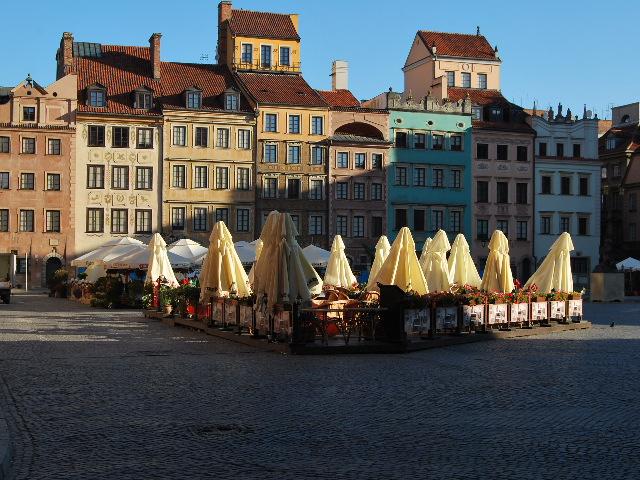 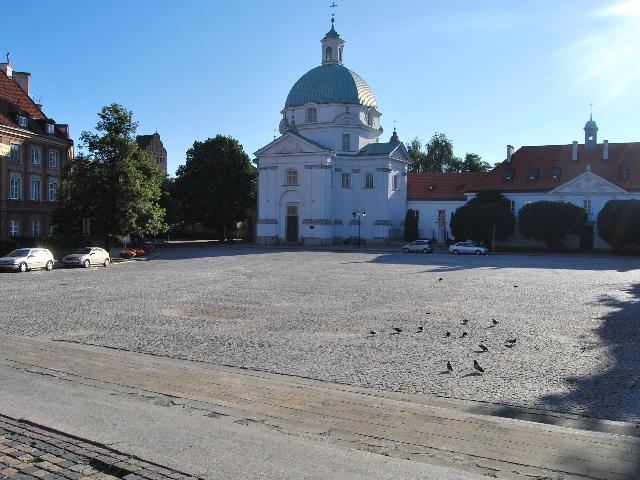 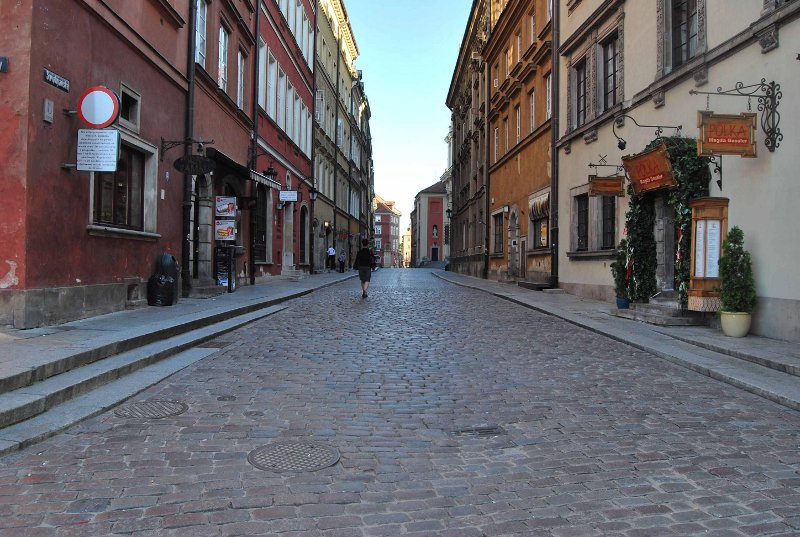 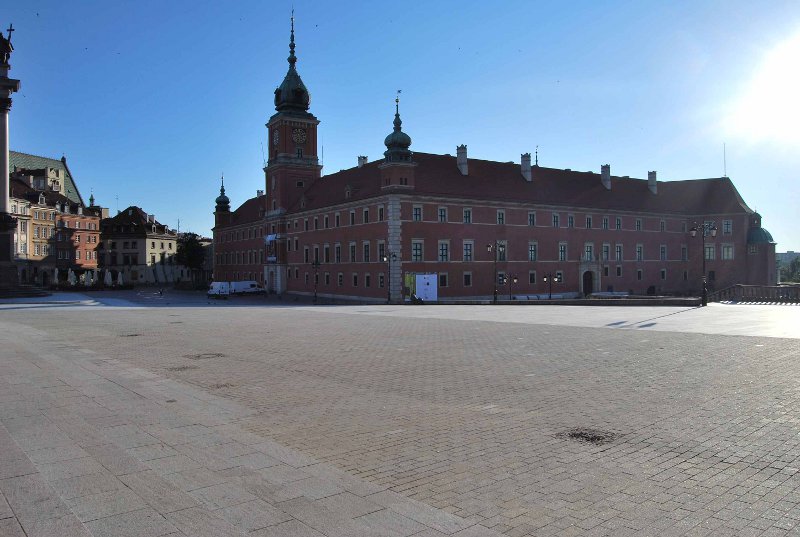 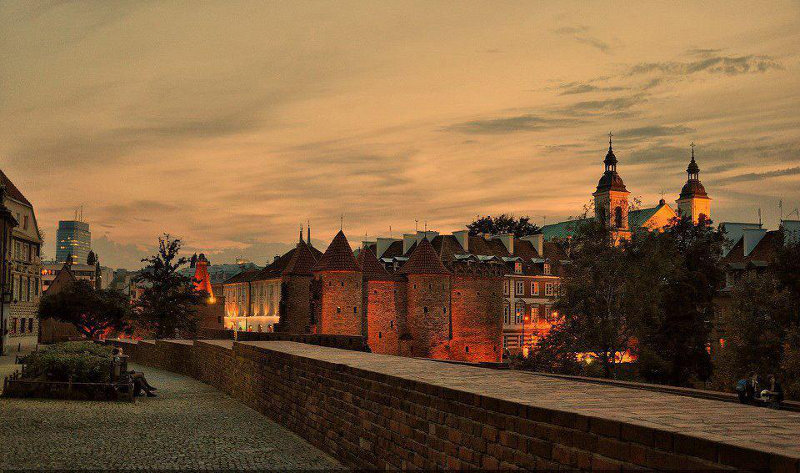 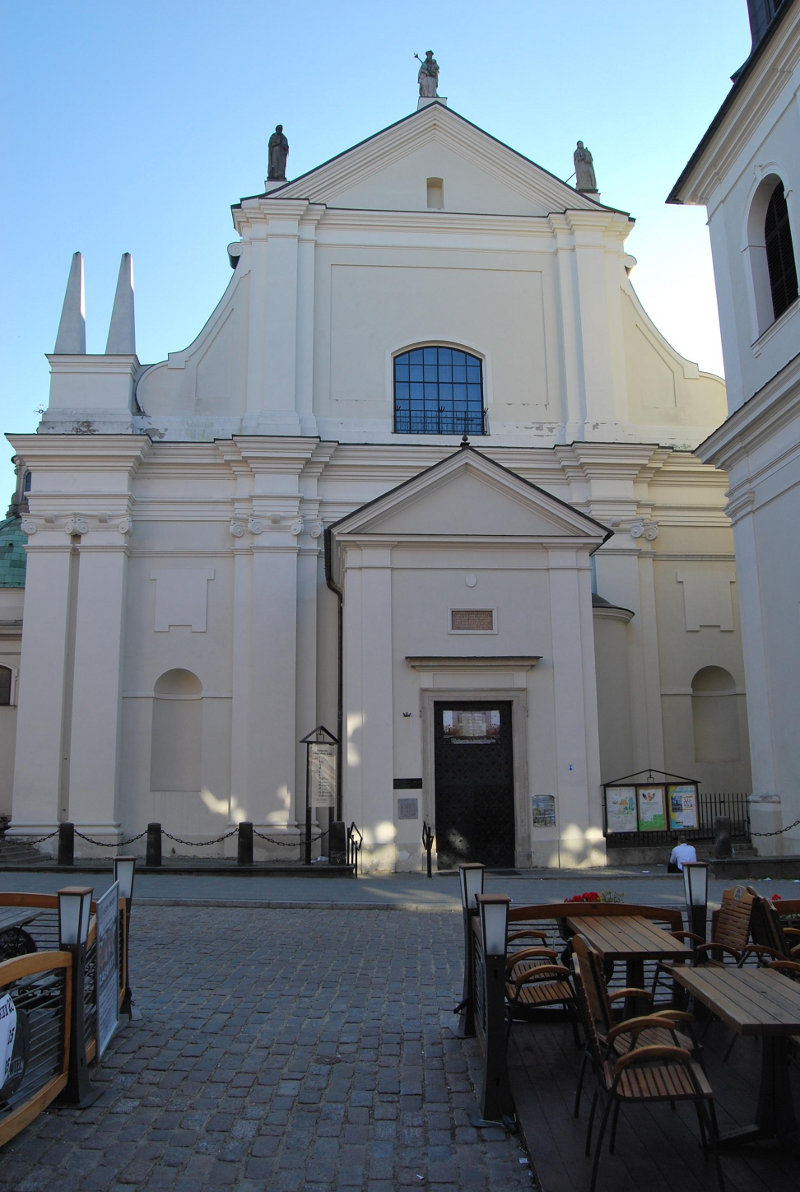 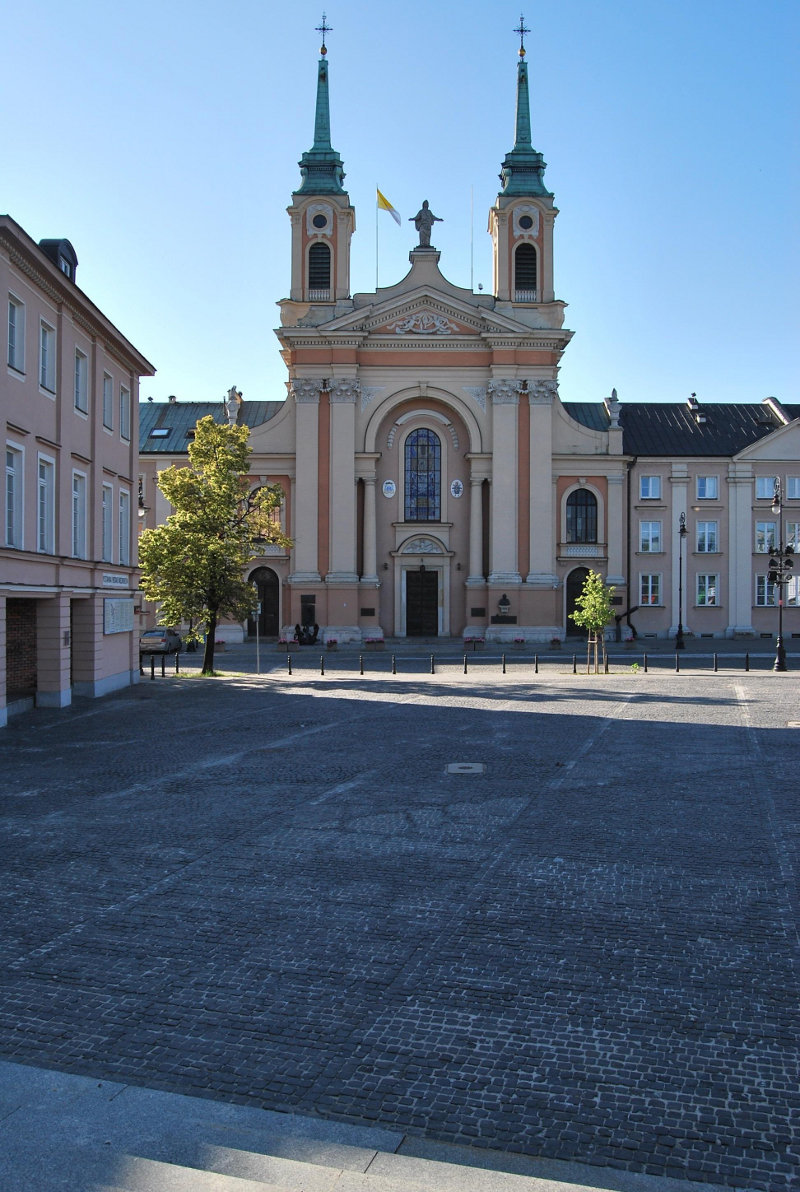 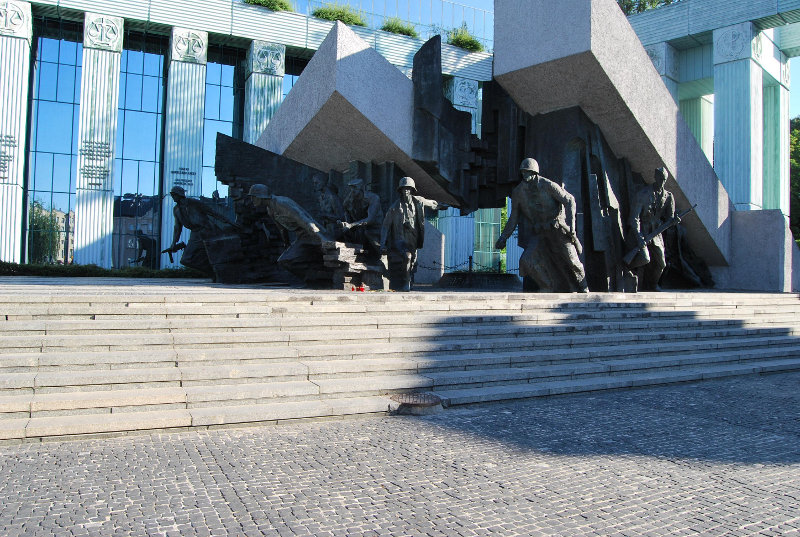 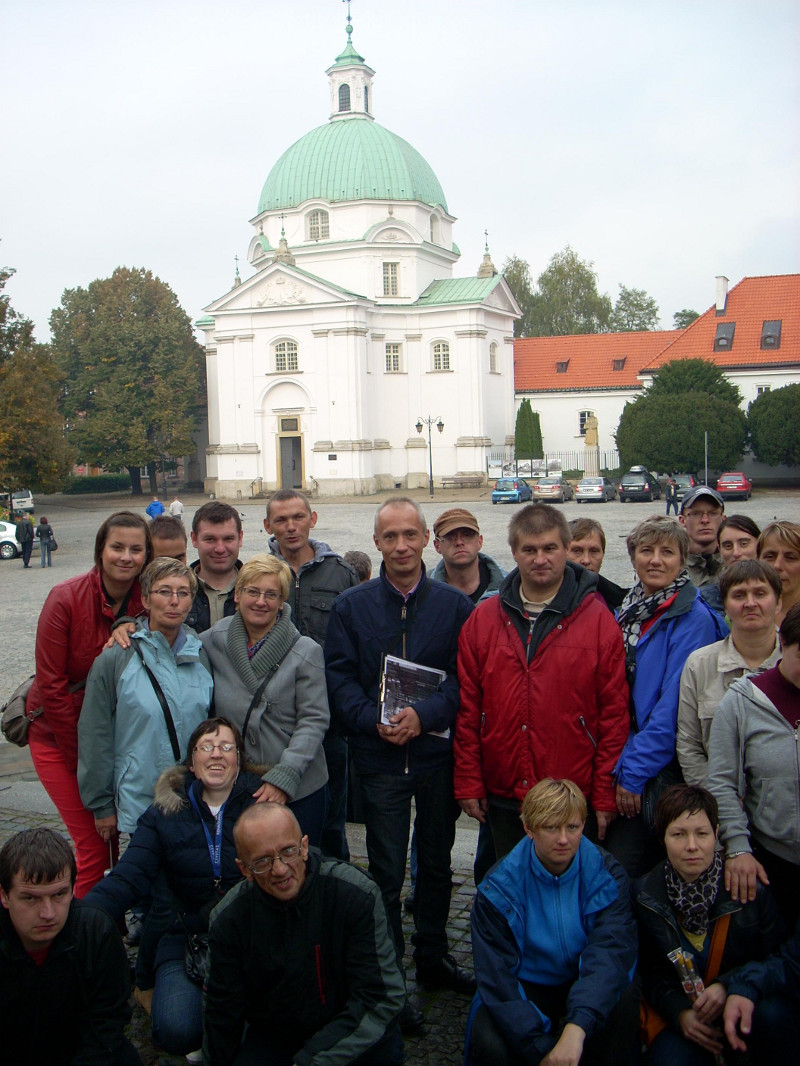 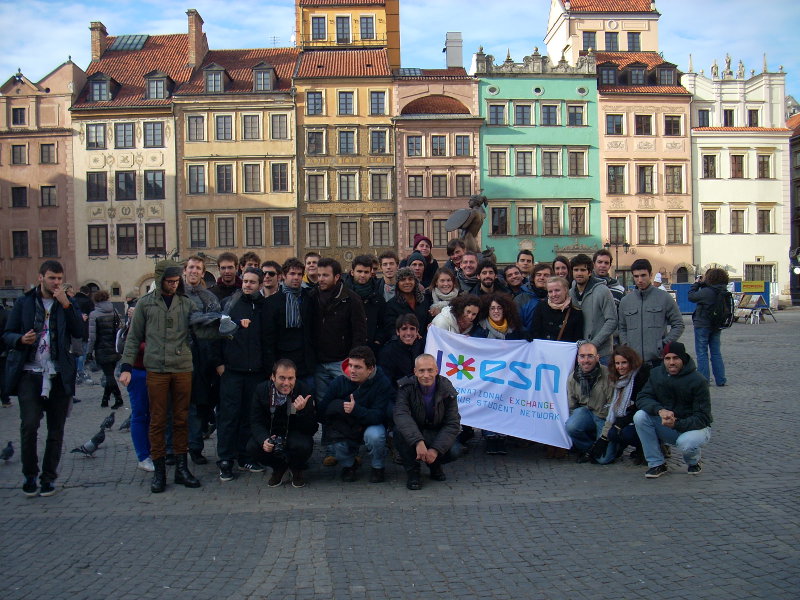